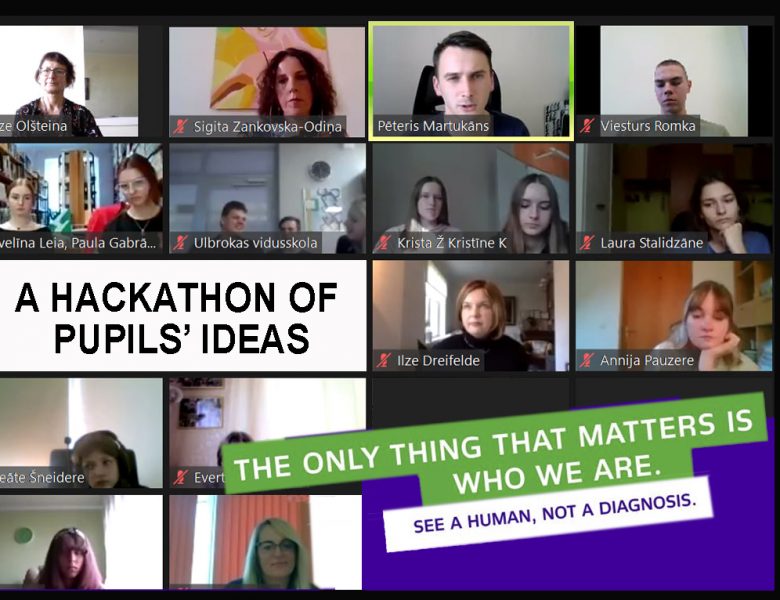 What the youth think

Within the framework of the campaign “Human, not diagnosis”, a hackathon of pupils’ ideas was organized. Pupils from across Latvia participated, divided into teams by region: Vidzeme, Latgale, Kurzeme, Zemgale, Rīga. After the hackathon, the pupils implemented their ideas over the span of one month, aiming to draw the attention of their schools and local communities to the attitude toward people with mental and other functional impairments.

Maija Cīrule, Kurzeme team participant from Talsi Christian Secondary School, said: “My peers know a lot and are open toward people with functional impairments, but older people could be the next target audience that we should address.”

The Kurzeme planning region team earned victory with their work.

Captain of the winning team, V.Plūdonis Kuldīga Secondary School pupil Mārtiņš Stebulis said: “I like the slogan, “Human, not diagnosis”. And I think it should be emphasized even more in society – the human is the important thing, not the diagnosis. We also discussed how it would be if everyone only saw your flaws and not the person you are. It made me change my view toward everyone – not to focus on the flaws but notice the good.”